Secrets of the Dead Sea 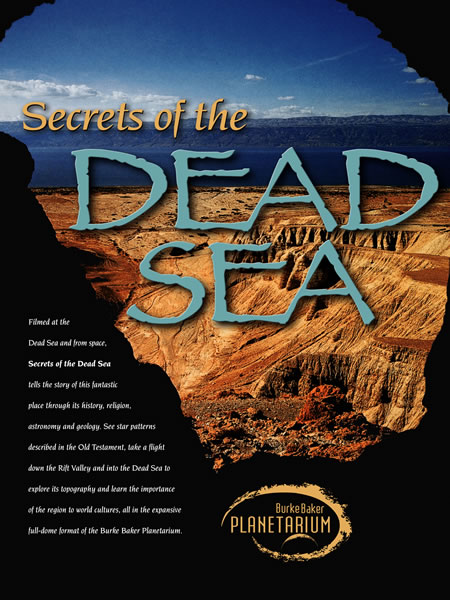 Secrets of the Dead Sea

Filmed on location at the Dead Sea and also from Space, an immersive experience filled with fascinating historical and astronomical animations.

The Dead Sea comes to life through stories preserved in its cliffs and caves – as well as in the stars overhead. Ancient scrolls chronicle the passage of time through the motions of the Sun and Moon, while rock and sand preserve a living record of a place as timeless as the constellations.

Secrets of the Dead Sea describes this famous region through its history, religion, astronomy and geology.