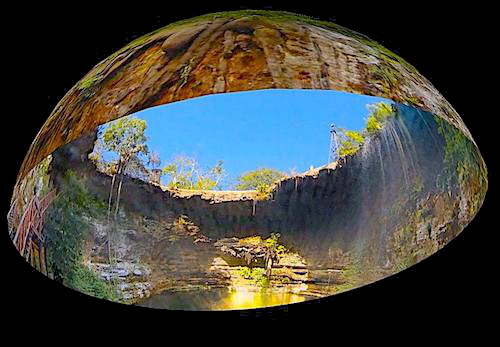 Sinkholes of Yucatan - Portals to Another World

A short 360° film describing fascinating portals into the past.

Remember the meteorite that drove the dinosaurs and 80% of all living things to extinction 65 million years ago?

It fell in what is today's Yucatán Peninsula in Mexico.

The meteorite impact had numerous immediate and far-reaching consequences, including the Sinkholes of Yucatan.