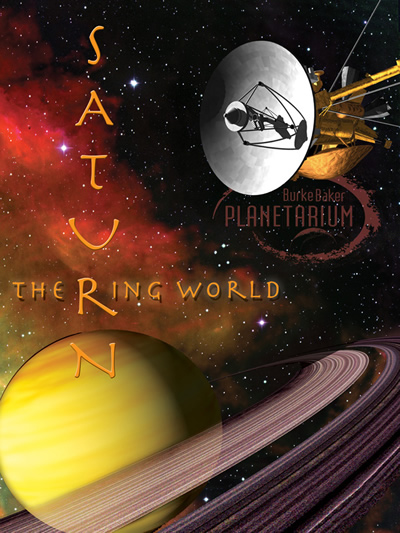 Saturn is the true 'Lord of the Rings' and a source of wonder to humans both past and present.

After a journey of nearly seven years, the Cassini-Huygens spacecraft arrived at Saturn in July 2004 and carefully explored the planet and it's countless moons until September 2017. The Huygens probe successfully landed on Saturn's largest moon Titan and sent back intriguing data and images from this mysterious giant moon with a thick atmosphere.

Visit these beautiful places for yourself up-close and all around you in this 360˚ film. Narrated by Star Trek's John Billingsley (Dr. Phlox on Enterprise).

NOTE: this film was produced in 2013 and the spacecraft discussed are no longer in operation.

Preview the entire film below, download the narrative script with images here and the teacher's guide here.