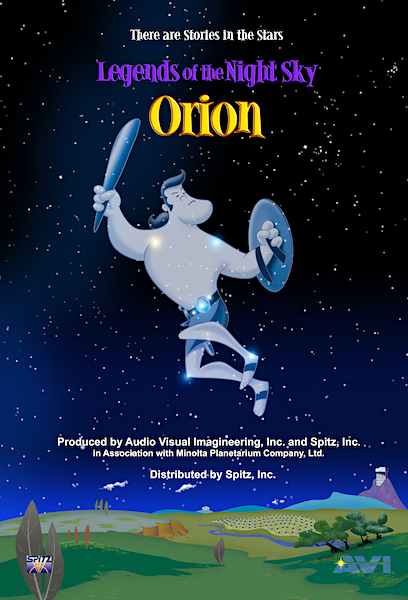 An ancient, classic story from a time before electricity, television and computers. When the sky was filled with thrilling tales, and the stars provided evening entertainment for all.

Orion is a light-hearted and imaginative look at the myths and legends associated with the constellation Orion, the great hunter of the winter sky.

Accompanied by narrators Aesop the owl and Socrates the mouse, we follow Orion's adventures as he grows to manhood, battles mythical beasts, foils the plot of an evil king and wins the heart of Artemis, the beautiful Moon goddess.

We also learn how the constellation Orion was placed in the sky, forever turning with the seasons.