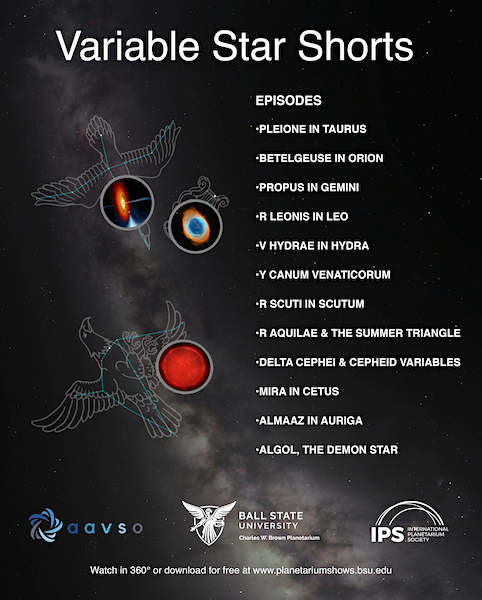 Did you know many of the stars we see at night vary in brightness over time - and it's possible to see these changes with the naked eye?

Some stars brighten, dim, and brighten again gradually over a number of years. Others vary in brightness very quickly, over a matter of seconds!

Such stars are called Variable Stars - and their brightness levels as seen from Earth can vary for a number of reasons. It may be due to the star being eclipsed by a companion star; or because the star is shedding material into space; or pulsating due to immense changes happening within.

Explore a different variable star each month with these 12 highly instructive 360° clips. Preview them all below as 360° interactive videos (click, hold and drag the image around as the video plays).