Touching the Edge of the Universe 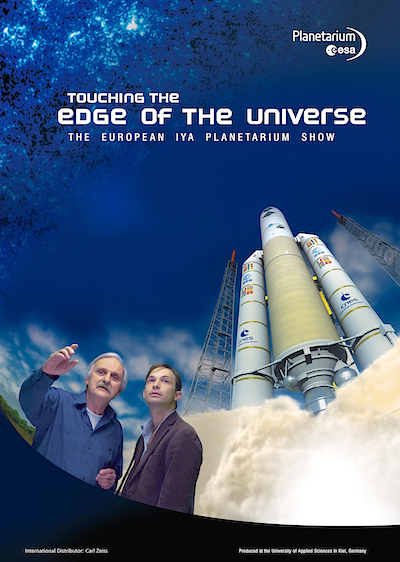 Touching the Edge of the Universe

The satellites (Herschel and Planck) are space telescopes with the ability to unveil mysteries our eyes cannot see: the birth of stars and planets, and look back to the very beginning of time.

A 360° film by the European Space Agency (ESA) in celebration of the 2009 International Year of Astronomy, outlining the story of astronomy from Galileo's simple optical telescope to today’s sophisticated diverse space telescopes.

Experience a new view of the Cosmos with live actors and stunning 3D graphics, filmed on location at various ESA sites. Preview the full film below.