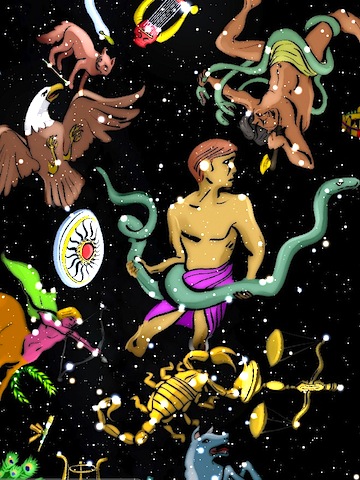 For example, did you know the Harry Potter character Sirius Black (who can transform into a dog) is named after Sirius the 'Dog Star', a double-star system that appears as the brightest star in the night sky?

Sirius B, the dim companion star of the Sirius binary system, is a dense white dwarf star. In Dr Who, Dwarf Star Alloy is extremely dense and very valuable, being the only known material capable of imprisoning time-travelling species.

Planets orbiting Sirius feature in two Marvel Comics (1966 & 1990), including planet Yormot (home of the Siris) and Sirius III and IV (home planets of the Sirians, who live under a dictatorial government).

Presenter-led, with curriculum links wherever possible. Adaptable for KS2 - KS5.

Note: only 10-15min long (depending on audience participation), to be followed by an immersive film of your choice from our extensive catalogue.