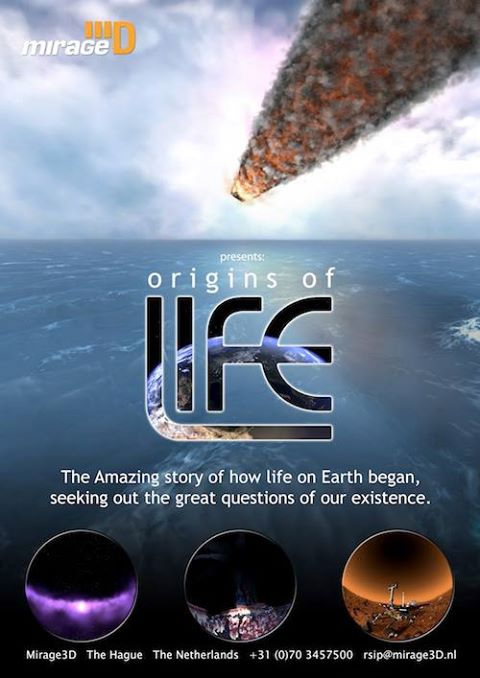 Origins of Life deals with some of the most profound questions of the biological sciences, the origins of life and the search for life beyond Earth.

Starting with the Big Bang, the show investigates prebiotic chemistry in the Universe, the formation of stars, planets and evolution of primitive life on Earth - considering too the possibilities of such life beyond our planet.

Narrated by Lord Robert Winston, Origins of Life is an inspirational journey through time and a celebration of all life on Earth. A memorable immersive film showcasing numerous modern discoveries in the Life Sciences. It endeavours to demonstrate that if ever there was a time that science made its greatest discoveries, it is right now.