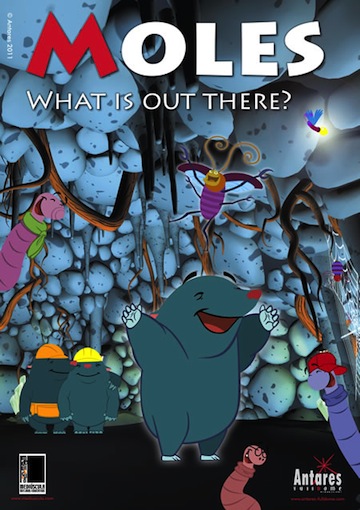 Plato is a curious little mole who wants to learn about the Sun, Moon, stars and sky. Join him and his three friends Alpha, Beta and Gamma in two colourful, musical and lovable short adventures.

Plato's dark burrow deep underground is full of mystery and surprises. He is fascinated by the light that penetrates the entrance to his home. Sometimes it's on and sometimes it's off - why could that be? Desperate to learn what is out there, gradually he discovers day and night, the Sun, the Moon and the stars!

Both films can be previewed in full below.