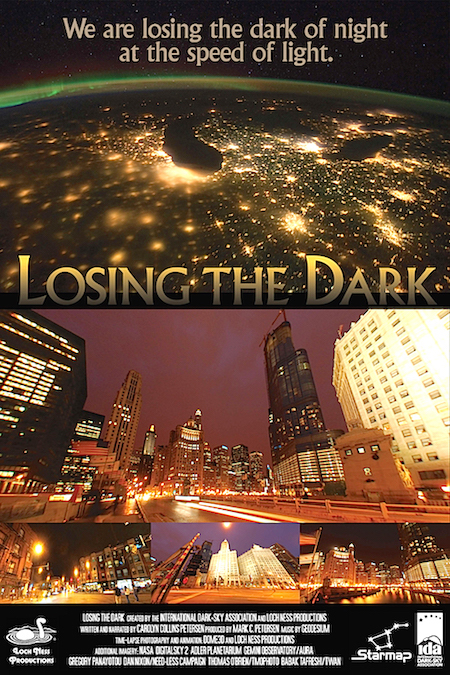 Starry skies are a vanishing treasure because light pollution is erasing our view of the Universe. Such pollution not only threatens astronomy, but also disrupts wildlife and even affects human health.

The yellow glows over cities and towns — seen so clearly from space — are evidence of tremendous amounts of money being wasted unnecessarily lighting up the sky.

Losing the Dark introduces and illustrates some of these issues, suggesting three simple actions we can all take to help mitigate it.