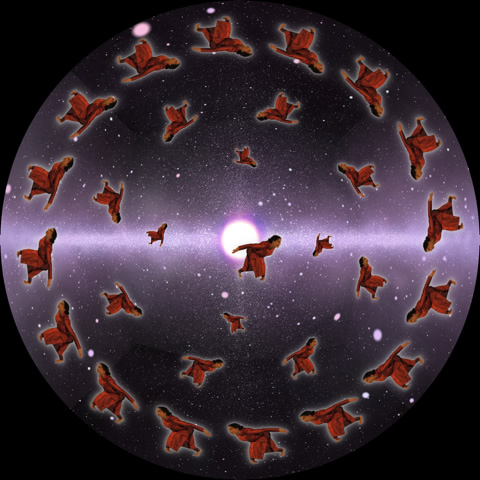 At the dawn of time, the Universe comes into being and star fields begin to take form. The Hindu deity and protector of life Prajapati (recognised as the constellation of Orion in the West) materialises, dividing and replicating into humanity and the animals of the Earth.

Based on the Olympic value of Inspiration and created for the 2012 Olympic Games.