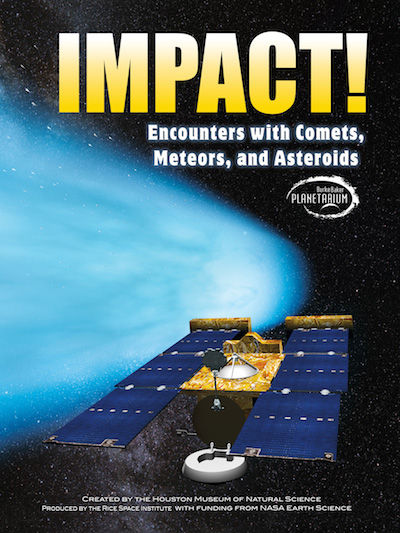 Impact! is a 360˚ film about meteors, meteorites, asteroids and comets; describing the dangers such objects can pose to life on Earth.

Part-narrated by astronaut Tom Jones, Impact! vividly shows the dramatic effects of the Chicxulub and Tunguska events. It describes the methods asteroid hunters use to search for Near Earth Objects and how ground-penetrating radar is used to locate ancient meteorites that survived to the Earth's surface.

Impact! also considers ways humans might try to deflect a future asteroid or comet on a collision course with Earth.