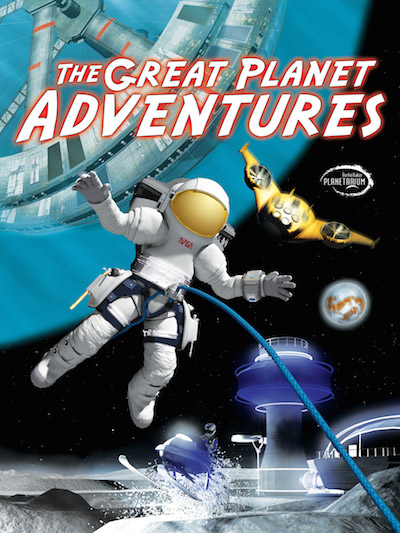 With muscles and bones built for Earth, you'd be a superstar on the Solar System's low-gravity worlds.

Imagine zip-lining on scorched Mercury or snowmobiling on Pluto. How about bungee jumping into space from an asteroid, diving from the tallest cliff, or abseiling into the deepest canyon in the Solar System? Without the strong pull of Earth gravity, you can also glide over the hydrocarbon lakes of Titan, jet-pack through a geyser's spray on Triton or even drive a monster truck along a steep lunar crater wall.

Suggestion: follow-up with a class activity based on the 4min film WANDERERS (full preview below) depicting recreations of actual places within the Solar System, some also visited in Great Planet Adventures.

WANDERERS (4min) - a superb short film to screen in the classroom