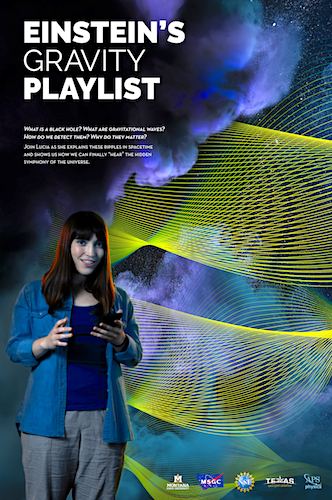 A digital planetarium show exploring the ripples in space-time known as gravitational waves.

Join Lucia, a PhD student in physics, on an exploration of how gravitational waves are formed, how they move through the Universe and how scientists work to hear them.

In honour of this long-anticipated detection, the scientists who created the Laser Interferometer Gravitational-Wave Observatory (LIGO) received the Nobel Prize in Physics in 2017.