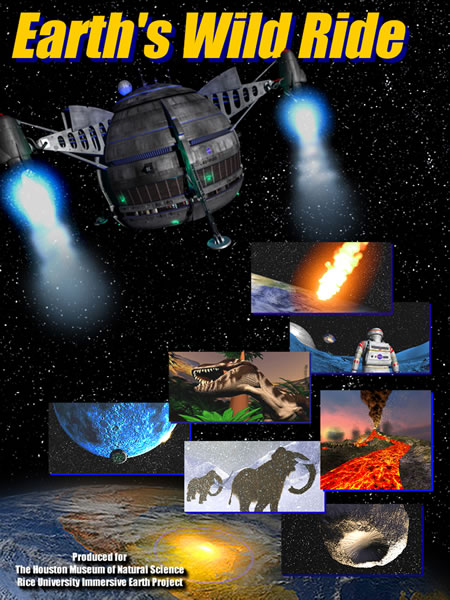 A grandfather and his grandchildren observe a solar eclipse from their lunar colony located in Shackleton Crater.

They follow the Moon's shadow as it moves from the Atlantic to Asia - passing through France, Sicily, Turkey and ending in the Persian Gulf.

Conversation leads to the contrasts between the Moon (the only home the grandchildren know) and the Earth, where the grandfather spent most of his life.

While learning about eclipses, the Ice Age, the dinosaur extinction, Earth's water cycle and differences between the Earth and the Moon; the audience is also taken on a rollercoaster-like ride through hot flowing lava and a raging river canyon.

The film ends with the message that 'home is where your family lives'.

Preview the entire film below, download the narrative script with images here, the teacher's guide here, a vocabulary sheet with geography quiz here and two more quizzes here and here.