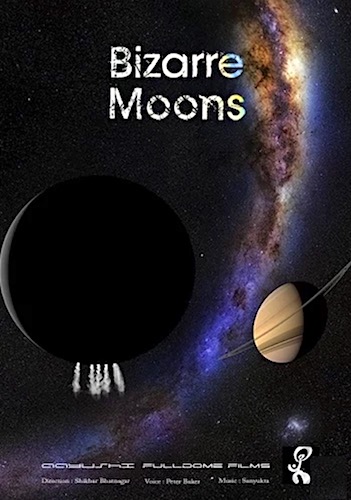 Our Moon has always been a prominent and special companion in Earth's night sky. Yet in 1610, Galileo Galilei and Simon Marius quintupled (increased to five) the concept of 'moon' by independently discovering Jupiter's four large natural satellites.

New moons have continued to be discovered in the Solar System and today we recognise almost 200 moons orbiting eight planets.

The planets have always surpassed moons in terms of size. Yet improved technology and close-up observations have revealed some moons to possess such outstanding peculiarities to make them outshine their stolid parents in character.

Join us on an exhilarating tour of some of the most frigid, violent and bizarre places in the Solar System.