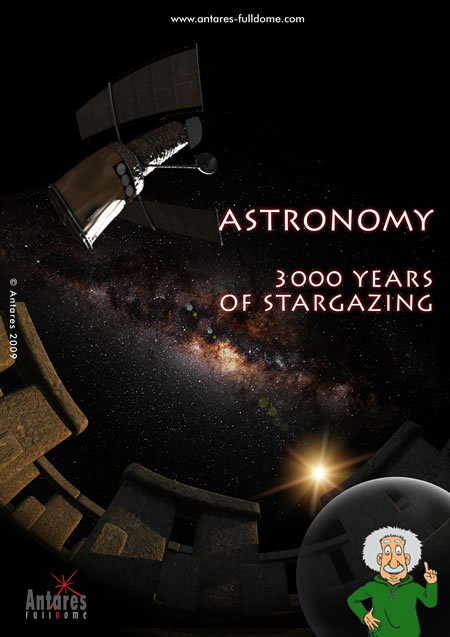 The sky - and everything that happens in it - have always piqued our curiosity. Eclipses, the cycle of the seasons and the motion of the stars have fascinated us from the beginning of time.

In the learned company of a cartoon Albert Einstein, this film takes audiences on a tour of the major astronomical milestones of the last 3,000 years – from the cosmological models of antiquity, through the Ptolemaic system of epicycles, to the contributions of Copernicus, Newton, Hubble and many others.

We explore the discoveries made possible by the use of technology; from the first telescope used by Galileo to modern ones on Earth and in Space.

Full preview below (in low resolution).