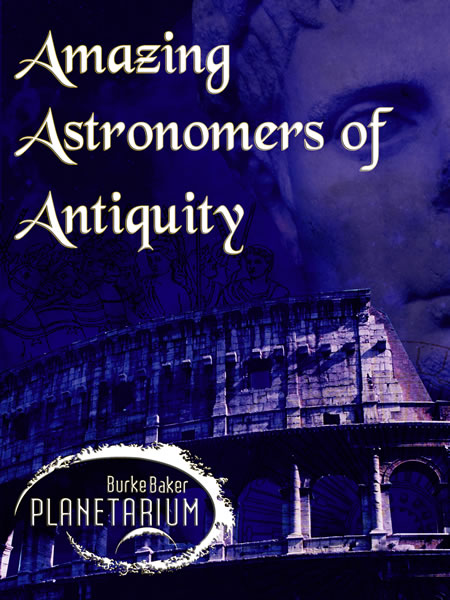 Over 2,000 years ago ancient astronomers knew the Earth was round; they measured its diameter and distance from the Sun; knew the length of the year to the precision of our modern calendar; and developed a method for predicting eclipses. Ancient sailors navigated by the stars and some astronomers even suspected the Earth orbited the Sun.

Amazing Astronomers of Antiquity is a journey of learning from the Pantheon to the ancient Library of Alexandria to the pyramids of Egypt.

Discover why the Pantheon is an astronomical instrument; how Eratosthenes measured the Earth's circumference; how the Saqqara Step Pyramid depicts the turning stars; who first claimed that the Earth orbits the Sun; and who created the Antikythera Mechanism with hundreds of gears to predict motions of the Sun, Moon and planets.